Warning：MultiVAC strictly abides by the legal requirements of various countries and regions. MultiVAC has stopped providing services to regions and users affected by restrictions, including China and Chinese users. 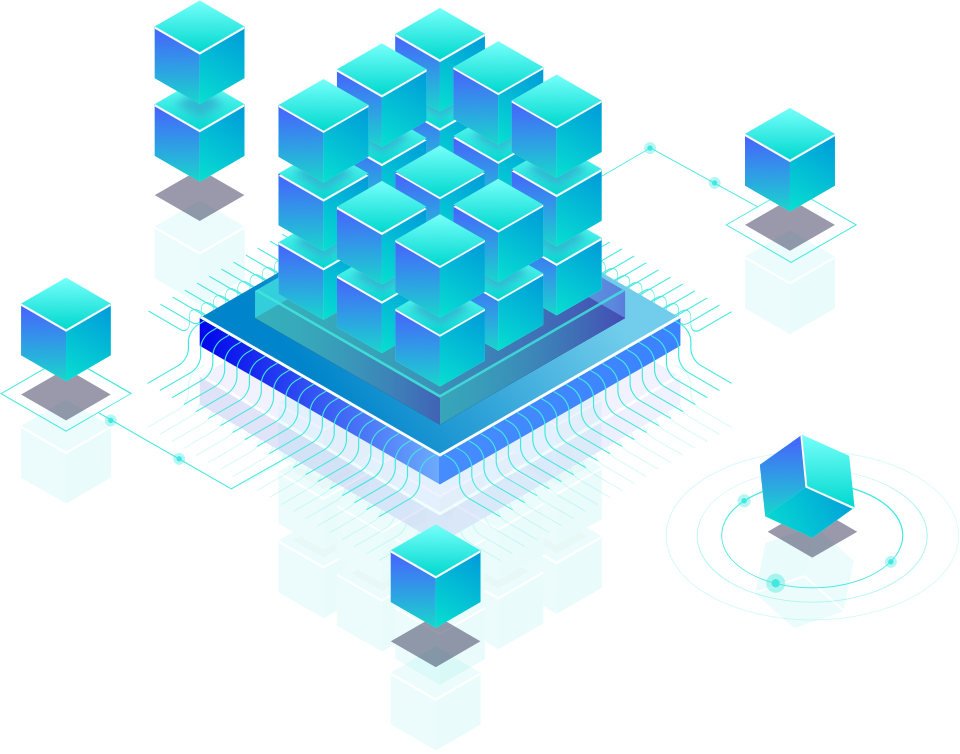 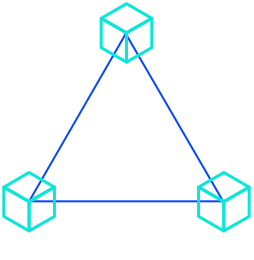 All-Dimensional Sharding
MultiVAC breaks through the limitations of blockchain scalability by developing the world’s first fully sharded blockchain with sharded transmission and storage. 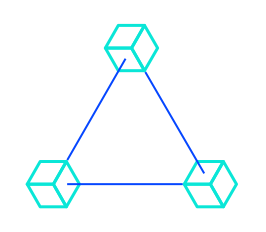 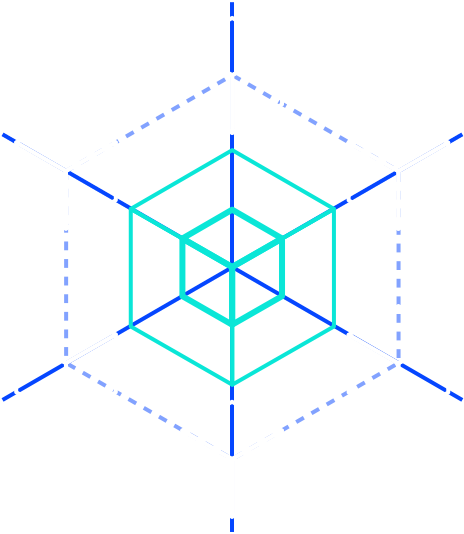 Linear Scalability To Infinity
Based on a full sharding design, all nodes only need to process the data in their shard. With this, the performance of the entire blockchain network can increase linearly. As shards are added, the network increases in its scalability and can thus be infinitely improved.

Distributed Storage Scheme based on Merkle Trees
The ledger is stored in an innovative structure based on Merkel trees. The miner and storage nodes mechanism separates the physical storage and control rights of data, which can provide a high level of decentralization and scalability.

Fair Mining By Everyone
Reduce the miner threshold and everyone can join the network easily. Without any special miner and competition, your laptop or any ordinary PC with dual-core and 2GB RAM can participate in mining. 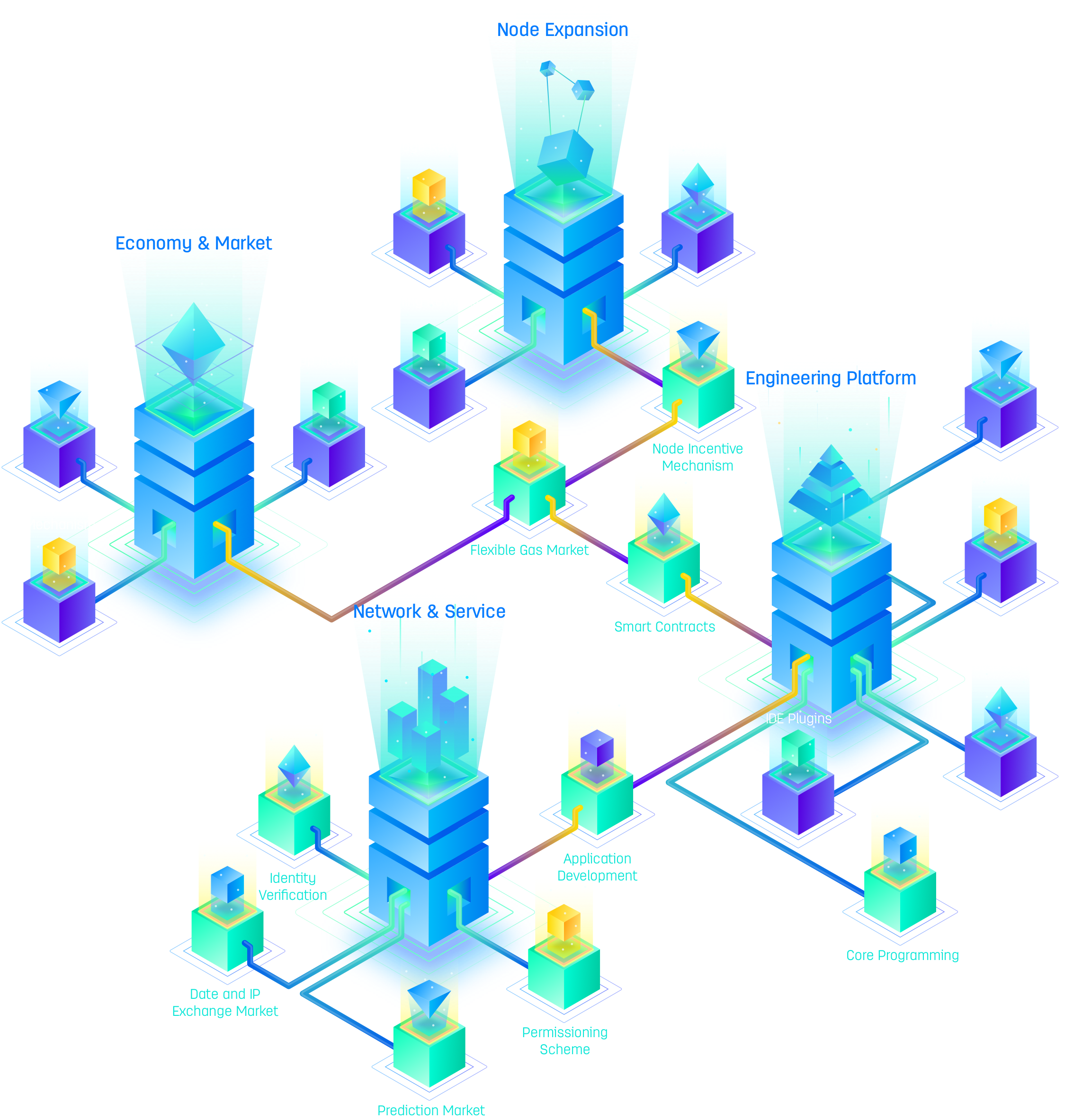 The final version of MultiVAC testnet 3.0 "Oracle" is published, which makes tremendous improvements in the underlying infrastructure and transmission efficiency. New functions like asset transfer, new address format, offline signing are supported. The new version of the mining client has been greatly upgraded based on the original version, mainly in the interaction between client and MultiVAC system, and optimization of network performance. Daily-use PCs can download the client and participate in mining, which greatly lowers the threshold for mining.

MultiVAC's testnet 1.0 "Phoenix" is officially launched during the long period of winter digital currency market, which also signals that the all-dimensional sharding scheme was completely enforced, and the high-performance blockchain transaction, storage and transmission has become a reality. At this moment, technological breakthroughs have evolved from elegant mathematical formulas to concise codes, spewing transactions, and smooth blocks.

Next, MultiVAC's testnet 2.0 "Enigma" realizes the complete decentralized consensus mechanism and VRF dynamic resharding, and also releases the test mining client, which means that simply owning a common PC could become a member of the MultiVAC network. MultiVAC truly achieves decentralization technically and successfully defends the most important value of blockchain.

From then on, the control power of this world will belong to the miners, and everyone can become a miner.

MultiVAC was born by some geniuses from Google, Facebook, Harvard, and Stanford to propose a brand new blockchain technology based on their deep academic and engineering experience of multiple distributed systems.

The whitepaper of MultiVAC is released, a flexible blockchain protocol based on trusted sharding becomes the darling of media and capital, people finally realize that flexibility is the new scalability.

And then, the team goes further to release its All-Dimensional Sharding Yellowpaper, and this is also the world's first sharded blockchain underlying architecture that has achieved full sharding in computing, storage, and transport.

From here on, the global computer of blockchain begins to evolve from single-core to multiple-cores.

MultiVAC Hackathon: Super processing power has the potential to attract different application possibilities. We are waiting for imaginative developers to surprise us.

Ecosystem Grant Program: We aim to support great developers and help them build apps on MultiVAC.

Fiat On-Ramp: We expect allowing users to exchange fiat currencies for MTV (Limited to some countries).

Explorer Update: MultiVAC will provide a more feature-rich explorer to accommodate a variety of different applications.

Mainnet Code Audit and Mainnet Token Listing (Not fully controlled by MultiVAC team): With every iteration of the mainnet, there may be many changes. The code audit is an essential and must-do job for MultiVAC.

The Mission of Decentralization:

Staker Voting Mechanism: MultiVAC will allow stakers to vote on major decisions in the MultiVAC ecosystem.

MultiVAC Decentralized Autonomous Organization (Primary Stage): You are a participant, builder and decision maker of MultiVAC.

What is clear is that the MultiVAC project is proposing a particularly interesting way of going about solving the scalability trilemma by leaving it up to the DApp developers to prioritize on what’s best for their needs.

MultiVAC also claimed in the release that their “all-dimensional sharding expansion solution” could potentially be used for large-scale commercial applications, as well as for crypto mining on low-performance computers.